“During this time when we face an unprecedented public health crisis, to conduct an election tomorrow would force poll workers and voters to place themselves at a unacceptable health risk of contracting coronavirus,” DeWine said in a statement.

The crisis has added a degree of unpredictability, though, to the contests. And with both candidates knocked off the trail in recent days, their campaigns are unsure what to expect.

Here are six things to watch in Tuesday’s primaries:

Ohio’s primary appeared poised to be postponed when DeWine said Monday that the Centers for Disease Control and Prevention’s new guidance to limit gatherings of 50 people or more meant the state couldn’t safely conduct its primary. Then it was back on again, when a judge rejected DeWine’s bid to delay it until June. Then, late Monday night, it was off again — as DeWine’s state health director, Dr. Amy Acton, issued a special order closing polling places, declaring it a public health emergency.

Where things go from here in Ohio was, as of late Monday night, unclear.

DeWine hasn’t yet faced partisan criticism for his moves. But the last-minute nature of the rapidly unfolding situation, and his decision to go around a judge’s ruling, has left uncertainty over what Ohio will do next.

Ohio Secretary of State Frank LaRose, who backed DeWine’s move, said on CNN late Monday that he will seek Tuesday to officially move the primary date to June 2 — counting absentee ballots that have already been returned, extending the window for others to be requested and returned until then, and allowing in-person voting that day. It wasn’t immediately clear what legal obstacles that plan could face.

Do voters show up? 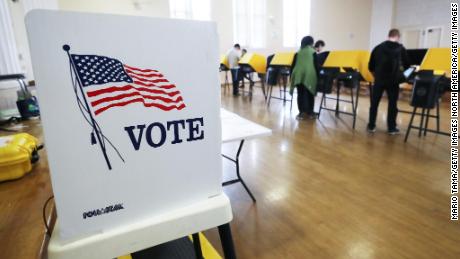 The White House advised all Americans to avoid groups of more than 10, which could be hard for polling places to follow Tuesday. Some states have closed certain polling locations, especially those in nursing homes, leaving voters to figure out where to go at the last minute.

It could all add up to lower voter turnout Tuesday than other states have experienced. If one demographic group — such as older voters, who have overwhelmingly backed Biden and are at the highest risk of coronavirus; or younger voters, who may have left the college campuses where they are registered — is most significantly affected, it could impact the results in key places.

Arizona and Florida might not be affected as much as Illinois. Large majorities of both states’ votes are cast early or by mail.

In Illinois, Democratic Gov. J.B. Pritzker made a different decision than DeWine did in Ohio. Pritzker told reporters Monday that every polling place would have hand sanitizer and that voting machines would be wiped down after every vote that’s cast.

“I feel good about the decision to have the election go on tomorrow,” he said. 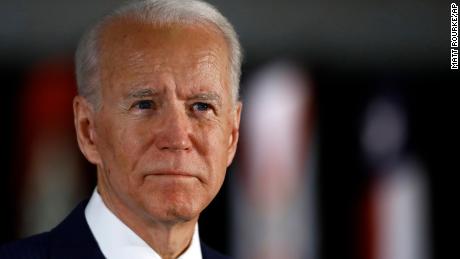 Over the last two weeks, Biden has demonstrated an unbeatable coalition of support: African Americans, suburbanites and working-class white women are overwhelmingly backing him over Sanders, while he’s fighting the Vermont senator to parity among non-college-educated men.

That electorate carried him in Michigan last week and, if it holds, could similarly deliver Illinois on Tuesday.

Sanders’ advantage with Latinos could be muted in Florida, where his past comments praising Fidel Castro’s Cuban regime for its literacy efforts could prove damaging and the state’s larger share of older voters gives Biden a clear edge.

Arizona might be Sanders’ best chance at a win Tuesday — but even it appears to be a long shot according to recent polling.

If Tuesday goes according to Biden’s plan, his campaign by Wednesday morning will tout a delegate lead would be all but insurmountable for Sanders in the remaining contests.

What signs does Sanders send? 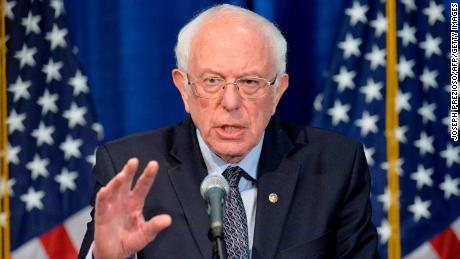 Sanders may be girding for a tough Tuesday.

The three states set to vote are all places where Hillary Clinton beat him in 2016. And in Florida, the former secretary of state nearly doubled up the Vermont senator, with a 64% to 33% win.

If Sanders loses all three states, how he responds could say a great deal about how he will approach the rest of the primary. Will the senator downshift his attacks on Biden and lay the groundwork for getting out? Or will he continue the same aggressiveness he brought to Sunday night’s debate?

Sanders, following that debate, raised questions about whether Tuesday’s primary elections should continue as the coronavirus spreads — a statement that implies he could be looking for a way to minimize their results and extend the primary fight.

“I’m thinking about some of the elderly people sitting behind the desks, registering people, doing all that stuff,” he said. “Does that make a lot of sense? I’m not sure that it does.”

Electability at the forefront

President Donald Trump has loomed over the Democratic primary contest from the very beginning, with questions of electability driving the race for more than a year.

Now, the White House response to the coronavirus pandemic offers a fresh, moment-by-moment reminder to Democratic (and independent) voters of the choice before them.

Biden’s advisers believe that benefits their campaign. And, at least in the short term, there’s some reason to believe it’s true, with the former vice president suddenly being handed a dual political boost: Showcasing one of his greatest strengths, which is being presidential, and avoiding one of his most nagging challenges, which is competing with Sanders for his trademark enthusiastic rallies.

There’s no question the unprecedented global outbreak has overshadowed Biden’s presumed march to the Democratic nomination and sapped his campaign of some of its momentum over the last two weeks. But it’s a trade-off the campaign will gladly accept, if the uncharted terrain helps refocus the race into a head-to-head match with Trump.

The crisis almost certainly handed Sanders more time, with several states rushing to push back their primary dates, but it also is shining an even brighter spotlight on the man in the Oval Office.

While most Democrats hardly needed a reminder of their desire to defeat Trump, there are plenty of voters who are still sizing up the Democratic challenger and Trump. And for Biden, that would seem to be an advantage. Yet even Biden’s political advisers acknowledge the uncertainty that now surrounds the election means that any assumptions from the beginning of the campaign hardly apply.

Presidential races often turn on far different topics than they began. What will November look like? It’s foolhardy to guess.

The future of this year’s primaries beyond the three primaries on Tuesday is uncertain.

Coronavirus has election officials across the country scrambling, trying to figure out how to hold in-person elections while complying with Trump administration guidelines about gatherings of no more than 10 people.

Contests in Kentucky, Louisiana and Georgia have all been moved and elections officials in other states have said they are closely monitoring the situation.

The political implications are significant. Biden was expected to run up the score when Georgia voted on March 24, and the further that Biden-friendly states like it move in the calendar, the easier it is for Sanders to extend the primary.

The next major contest on the calendar is Wisconsin — a marquee general-election state — on April 7.