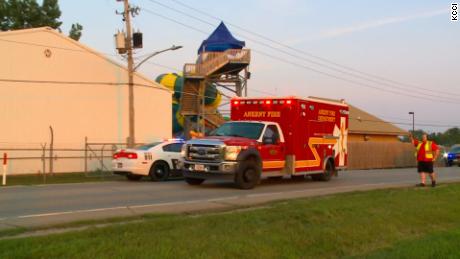 The teen had gone under water around 5 p.m., and someone called emergency responders to say she was drowning, the sheriff’s office said.

When deputies arrived, medics and park staff were trying to find the teen. A lifeguard found her at about 5:30 p.m., according to the sheriff’s office.

Medics began treatment after the girl was pulled from the water. A helicopter took the teen to a hospital, where she was pronounced dead, the sheriff’s office said.

The teen was from Dayton, according to the sheriff’s department, which did not release a name. Details about what led to the drowning or where precisely she was found in the water park were not released.

The amusement park said it was “saddened to learn of the passing of a young girl at our Aqua Adventure park” and offered condolences to her family and friends.

The water park was closed Wednesday “out of respect for her and her family, and for our employees who are also dealing with this tragedy,” the amusement park said in a prepared statement.