Editor’s Note: Morning Defense is a free version of POLITICO Pro Defense’s morning newsletter, which is delivered to our subscribers each morning at 6 a.m. The POLITICO Pro platform combines the news you need with tools you can use to take action on the day’s biggest stories. Act on the news with POLITICO Pro.

— A flurry of hearings this week includes testimony from Defense Secretary Lloyd Austin on the Pentagon’s budget proposal.

— The Air Force says it is serious about using commercial space rockets to deliver military supplies across the globe.

HAPPY MONDAY AND WELCOME BACK TO MORNING DEFENSE, on the 79th anniversary of the decisive American naval victory over Japan in the Battle of Midway, which ended exactly six months after the surprise attack on Pearl Harbor. The pivotal engagement of the war in the Pacific has long perplexed naval strategists and remains a mystery despite the Naval War College’s perennial efforts to explain the lopsided outcome. Perhaps Walter Lord put it best in his book about the battle, ”Incredible Victory”: “Even against the greatest of odds, there is something in the human spirit – a magic blend of skill, faith, and valor – that can lift men from certain defeat to incredible victory.” We’re always on the lookout for tips, pitches and feedback. Email us at [email protected], and follow on Twitter @bryandbender, @morningdefense and @politicopro.

A message from Lockheed Martin:

The F-35 represents the best of American ingenuity. An economic and innovation engine strengthening America’s communities through leading edge manufacturing and engineering. More than half of U.S. based F-35 suppliers are small businesses. Learn More

‘GREATER RISK’: “A bipartisan group of lawmakers urged President Joe Biden to immediately evacuate the thousands of Afghans who worked closely with the U.S. government over the past 20 years and will likely be punished by the Taliban once the last American troops leave the country this summer,” our colleague Lara Seligman reports.

“Our Afghan friends and allies are at greater risk than ever before,” the lawmakers wrote in a June 4 letter spearheaded by Rep. Seth Moulton (D-Mass.). “If we fail to protect our allies in Afghanistan, it will have a lasting impact on our future partnerships and global reputation, which will then be a great detriment to our troops and the future of our national security.”

The pleas have increased in recent weeks for the Biden administration to expedite special immigrant visas for Afghans who aided U.S. and allied military and diplomatic efforts in Afghanistan, often at great risk to their lives.

Roughly 16,000 visas have been issued since Congress set up the program in 2009; another 18,000 applications are in the pipeline, lawmakers wrote. But it takes the State Department an average of more than 800 days to process a special visa.

At the request of the administration, lawmakers recently introduced legislation to raise the visa cap and waive the requirement for a medical exam. But even with those changes, the backlog is likely to keep growing, the lawmakers said.

Related: Can Afghan forces hold off the Taliban after American troops leave, via The Economist.

And: Without U.S. contractors, the Afghan military will lose its main advantage over the Taliban – air power, via NBC News.

MORE BUDGET HEARINGS: A slew of oversight hearings are scheduled this week to scrub the Pentagon’s fiscal 2022 budget request, including testimony from top civilian and military officials. Here are the highlights:

On Tuesday, The HASC Seapower and Projection Forces Subcommittee holds a hearing on Air Force programs at 11 a.m.

The Senate Defense Appropriations Subcommittee holds a hearing on the Air Force and Space Force budget at 2 p.m.

And the Senate Armed Services Committee’s Seapower Subcommittee holds a hearing on Navy and Marine Corps programs at 2:30 p.m.

On Wednesday, the HASC Readiness Subcommittee holds a hearing on military readiness at 3 p.m.

And the HASC Strategic Forces Subcommittee holds a hearing on nuclear forces at 11 a.m.

On Friday, the HASC Intelligence and Special Operations panel holds a hearing on intelligence programs at 11 a.m. 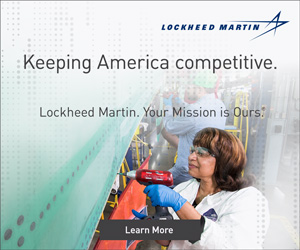 The Anticorruption Action Centre kicks off its two-day Democracy in Action symposium in Kyiv, featuring Laura Cooper, deputy assistant secretary of defense for Russia, Ukraine and Eurasia at 10:30 a.m.

The Nuclear Threat Initiative and the American Academy in Berlin host a discussion titled “Recommendations to the U.S., Europe, and Russia for Dialogue, Predictability, and Stability,” at 11 a.m.

And the National Defense Industrial Association holds a workshop on the “modernization quandary” at 1 p.m.

On Tuesday, the Atlantic Council hosts a conversation with NATO Secretary-General Jens Stoltenberg at 10 a.m.

And the Center for a New American Security holds the opening session of its 2021 National Security Conference featuring Deputy Defense Secretary Kathleen Hicks at 11 a.m.

On Wednesday, the Atlantic Council hosts a conversation on competition and deterrence with Gen. Tod Wolters, commander of NATO and U.S. European Command, at 2:15 p.m.

The Washington Post hosts a discussion with Luis Elizondo, former head of the Advanced Aerospace Threat Identification Program, on UFOs and national security at 3:30 p.m.

And the American Enterprise Institute hosts a discussion with Army Chief of Staff Gen. James McConville on transforming the Army at 3 p.m.

CARGO BY ROCKET: The idea of using space rockets to deliver cargo across the world in an hour or less has been around for a long time. But the Air Force Research Laboratory said Friday that it is pushing ahead with the concept now that reusable launch vehicles are available on the commercial market, our colleague Paul McLeary reports for Pros.

The Air Force included $47.9 million for the proof of concept in its 2022 budget released last week, with hopes that testing can begin next year.

“In this program we are, no kidding, leveraging commercial” technology, said the lab’s Greg Spanjers, who is leading the project. “That means we’re not dropping requirements on them, we’re not trying to impact their development schedule, we need them to spend their energy building a commercial product that stands on its own two feet.”

A message from Lockheed Martin:

The F-35 program generates $49 billion in economic impact and supports over a quarter of a million high-tech, high-skill jobs. Learn More

‘STANDING UNITED’: The jockeying is in full force ahead of Biden’s first presidential trip to Europe beginning Wednesday, which will culminate in a summit with Russian President Vladimir Putin in Geneva next week.

Putin on Friday expressed a desire to reach common ground with Biden on arms control, the coronavirus pandemic and climate change. But Putin also accused Washington of trying to contain his country.

“We don’t have any issues with the U.S.,” he said at an economic forum in Saint Petersburg, The Associated Press reported. “But it has an issue with us. It wants to contain our development and publicly talks about it. Economic restrictions and attempts to influence our country’s domestic politics, relying on forces they consider their allies inside Russia, stem from that.”

But Biden has a busy agenda ahead of his tete-a-tete with Putin on June 16, including meeting with leaders of the European Union and NATO, where he hopes to revitalize the democratic front against Moscow.

“When I meet with Vladimir Putin in Geneva, it will be after high-level discussions with friends, partners and allies who see the world through the same lens as the United States, and with whom we have renewed our connections and shared purpose,” Biden wrote in The Washington Post on Saturday. “We are standing united to address Russia’s challenges to European security, starting with its aggression in Ukraine, and there will be no doubt about the resolve of the United States to defend our democratic values, which we cannot separate from our interests.”

And: How to fight authoritarianism, by Wesley Clark, via Washington Monthly.

‘DOUBLING DOWN’: “Since 2018, Amazon Web Services has hired at least 66 former government officials with acquisition, procurement or technology adoption experience, most hired directly away from government posts and more than half of them from the Defense Department,” POLITICO’s Daniel Lippman and Emily Birnbaum report in a new analysis.

That comes as Amazon stakes a bigger claim in the D.C. area with its new headquarters near the Pentagon, where it is seeking to more than double its current workforce.

But will all the new influence help it to wrest a piece of the Pentagon’s JEDI cloud contract awarded to Microsoft, the focus of its ongoing lawsuit? “Losing JEDI was a black eye for AWS,” said Daniel Ives, a managing director for equity research at Wedbush Securities who focuses on the tech sector. Now, he said, AWS is “doubling down in terms of hiring and their focus is going after federal contracts and agencies.”

For some, the swampy smell of it all is a bit too pungent. “That $10 billion Pentagon deal has created enormous lobbying efforts from Amazon in all these different ways,” Rep. Pramila Jayapal (D-Wash.), vice chair of the House Judiciary Antitrust, Commercial and Administrative Law Subcommittee, said in an interview. In her view, many hires with contracting experience “function as lobbyists” regardless of their actual job titles.

AWS spokesperson Douglas Stone pushed back on Jayapal’s claims, insisting it’s typical for companies that contract with the government to hire people with work experience in the public sector.

“We strongly disagree with this mischaracterization,” Stone said. “Like other companies that support public sector customers, we hire team members with government, military, academia, and nonprofit expertise, but to characterize them as lobbyists is simply not accurate.”

Ezinne Uzo-Okoro, a former program executive at NASA, is now assistant director for space policy in the White House’s Office of Science and Technology Policy.

— Pentagon’s ban on Pride, and nearly all other, flags is staying: Military Times

— The problem with a ‘woke’ military: National Review

— Biden and the Afghan translators: The Wall Street Journal

— Bullets in the mail: London Review of Books

— After years of sniffing landmines, a heroic rat is hanging up his sniffer: NPR