Latest News
Home /DOJ charges 3 former US intelligence operatives with helping build UAE hacking program
Marc Baier, Ryan Adams and Daniel Gericke — all former US intelligence or military operatives — are accused of using computer exploits to break into computers in the US and around the world, according to the indictment unsealed in the US District Court for the District of Columbia. The hacking program, known as Project Raven, involved providing the UAE government with potent hacking tools without an export license, according to the indictment.

Baier, Adams and Gericke are also accused of modifying computer exploits “into covert hacking systems for U.A.E. government agencies” and of stealing personal identifying information from people around the world.

The intelligence-gathering services allegedly provided by the three men included sophisticated hacking tools that can infect a mobile device without the user having to click on anything, prosecutors said.

Baier, Adams and Gericke agreed to cooperate with prosecutors as part of a deal with the government that will see the charges suspended and the three men pay more than $1.6 million in penalties. 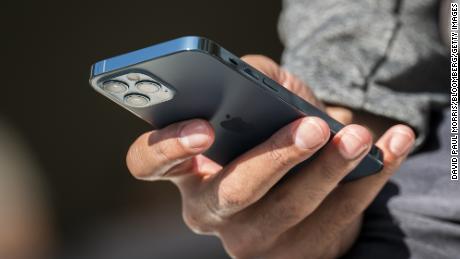 Attorneys for the three men could not be immediately reached for comment.

Project Raven is but one example of a booming hacker-for-hire market in which governments and nongovernment entities alike can enlist digital mercenaries. In another case, BlackBerry researchers found dozens of malicious Google and Apple apps last year that they said were used to surveil targets in the Middle East and South Asia.

Channing Phillips, acting US attorney for the District of Columbia, said in a statement that the “proliferation of offensive cyber capabilities undermines privacy and security worldwide.”

Former US government employees do not get a “free pass” on export control laws, Phillips added.

Glenn Gerstell, who was general counsel of the National Security Agency from 2015 to 2020, said US intelligence officials get extensive training about their legal obligations once they leave government.

Former government employees, “especially in the defense and intelligence areas, have special responsibilities that they have to honor,” Gerstell told CNN.

This story has been updated with more details and context.