Latest News
Home /Future of Roe v. Wade in spotlight as Supreme Court considers Louisiana abortion access case
That moment is here. On Wednesday, the Supreme Court hears arguments in the first major abortion case to come before the court since Justices Brett Kavanaugh and Neil Gorsuch took the bench. Kavanaugh notably replaced Justice Anthony Kennedy, who was seen as a swing vote on the issue.

The case, which considers a Louisiana law that requires doctors performing abortions to obtain admitting privileges from a nearby hospital, does not directly challenge Roe vs. Wade — the landmark Supreme Court decision legalizing abortion. But all sides recognize the stakes.

Abortion rights supporters are fearful that this is the first of what could be a growing number of opportunities for the new conservative majority to offer a blueprint for states to continue to chip away at abortion rights.

Alexis McGill Johnson, acting president of the Planned Parenthood Action Fund, told CNN that while the justices “don’t have the ability to completely overturn Roe” in this case, threats to the ruling still loom.

“What they would be doing is gutting it so much and creating the right template for state legislatures to then follow suit and then opening up those floodgates,” she said.

Carol Tobias — president of the National Right to Life Committee, the largest anti-abortion group in the country — said that the Louisiana law’s motivation was to keep unqualified doctors from providing abortions, but that limiting access to the procedure would be a welcome result of the law.

“I am not sure how many abortion doctors would be able to get admitting privileges at a local hospital, so that probably would have an impact if other states started implementing this kind of law,” Tobias said, should the court uphold the law. “So yes, it would have an impact on the availability of abortion. Though, coming of course from a pro-life perspective and wanting to protect unborn children, that’s OK.”

Some justices appear to want reconsideration of Roe.

In a statement last year on the Court’s refusal to consider Alabama surgical abortion law, conservative Justice Clarence Thomas said it is time for the Court to reconsider its stance on abortion rights, describing its current standard limiting laws that create an “undue burden” as “demonstrably erroneous.” 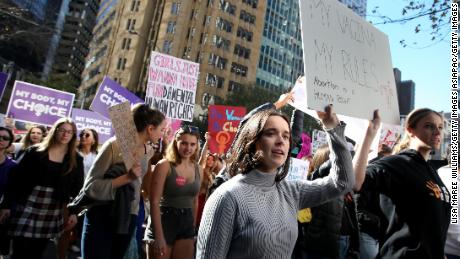 Thomas, along with Alito and Chief Justice John Roberts have previously voted in favor of abortion regulations.
The Louisiana law is similar to a Texas law that the Supreme Court struck down in 2016, ruling that it constituted an undue burden on a woman’s right to seek an abortion.

Julie Rikelman, senior litigation director at the Center for Reproductive Rights and the lead attorney on the case, said the law is about limiting access, rather protecting than women’s safety.

“These laws, wherever they apply, will not help women and will restrict access to abortion,” Rikelman said on a call with reporters last month.

Since 2016, the Court has shifted dramatically, with Kennedy being replaced by Kavanaugh. When the high court ruled to temporarily block the law from going into effect in February 2019, Kavanaugh dissented.

The newest member of the court argued that if providers were successful in gaining admitting privileges during a “transition” period offered by the state, “then the new law would not impose an undue burden for purposes of” Supreme Court precedent.

The precedent set by the Texas decision, however, now potentially stands to fall. And the implications can be stark — in Texas, more than half of the state’s abortion clinics closed in the aftermath of the state’s admitting privileges law being enacted.

The National Right to Life Committee’s Tobias predicted that the law being upheld would “influence some state legislators one way or the other — they will try to pass pro-life laws or laws to weaken restrictions on abortions as we have seen some of the states do in recent months.”

Multiple states will “put in a ban exactly the way that they know it will be protected by the Supreme Court,” McGill Johnson, of the Planned Parenthood Action Fund, said. That “ripple effect” could be an indicator that “gutting Roe may be the best option” for anti-abortion activists, she added.

Looking ahead, the Louisiana case will not be the last word from the Supreme Court on the issue.

“We’ve relied on the courts … as a stop gap measure over the years, and so it’s not just the Louisiana case,” McGill Johnson said. “There are … some 17, 18 other cases that are winding their way up through the federal court system. And knowing how the courts have been remade, that is also concerning.”

Tobias noted that if the Texas standard falls, more abortion limits could also stand up in the courts. “The availability of arguments for judges to strike down pro-life laws — that will also have an impact,” she added. The Center for Reproductive Rights, representing an abortion clinic and two Louisiana physicians, argues that if the law is allowed to go into effect is will leave “only one doctor to care for every woman seeking an abortion in the state.”

Another important point of the case is morale, as advocates on both sides of the issue have been gearing up for what some have painted as a winner-take-all fight. 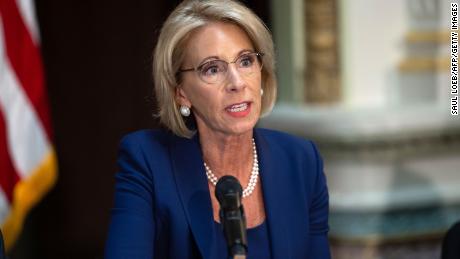 Kathaleen Pittman — an administrator at Hope Medical Group for Women, an abortion clinic in Shreveport, Louisiana, and plaintiff in the case — said that in the bigger picture, defending Roe depended on ensuring state access to abortion.

“The admitting privileges, no doubt, is a way to close clinics in Louisiana,” she told reporters.

“Roe becomes meaningless if there is no access to abortion,” Pittman added. “They have every right to receive their care here in Louisiana.”

Tobias thinks the case, whichever way it goes, will affect motivation on both sides. “(It) might energize our opponents, (and) I know that regardless of what the decision is, it’s going to energize the pro-life people,” she said.

“If it goes the way we want, that the law is upheld, that’s going to encourage people to keep fighting and if it is struck down, there might be a little discouragement for a short amount of time but the pro-life people are going to get up and fight even harder,” Tobias said. “This is a long-term battle.”