Starting a little before noon, and running as long as an hour, the New York governor offers something simple and, to many viewers, deeply necessary: a sense that someone is in charge, even if the news is bad — and consistently getting worse.

The pressers have turned into indelible split screen moments between Cuomo and President Donald Trump — whose own news conferences often take place during or after those in New York — unfolding in real time for those watching in New York City. For many viewers, they are a stark and jarring reminder of the broad chasm between the federal government’s response to the coronavirus pandemic and efforts at the state level, where governors like Cuomo are increasingly taking stricter action — and greater responsibility — as they seek to stabilize both health infrastructure and ward off a public panic.

Cuomo’s Friday newser ran about 45 minutes as he delivered a daily update and took questions from a small gathering of reporters, all seated at a safe social distance. He covered everything from how the delayed federal tax filing deadline would affect state finances, to whether massages were “essential” — they are not, he said — the governor decidedly said — and his chat with internet service providers, whom Cuomo said he asked to expand “data capacity” free of charge. After informing the public that a press officer had shown coronavirus symptoms, which touched off an internal quarantine, Cuomo stopped.

“I’m gonna go to work,” he declared, before standing up, along with his aides, and heading off.

As Cuomo was wrapping up in New York, Trump and his team were beginning their own briefing at the White House. But where Cuomo projected competence and authority, with a dash of his idiosyncratic humor, Trump was meandering. When prodded to offer some kind of empathy — Trump lashed out.

“What do you say to Americans who are watching you right now who are scared?,” a reporter asked.

“I say that you are a terrible reporter, that’s what I say,” Trump replied. “I think it’s a very nasty question.”

Whether he was annoyed that the wind-up to the question included statistics on the sick and dead, or at its characterization — “scared” — of Americans, was unclear. “They’re looking for answers and they’re looking for hope,” Trump continued, as if observing from afar. 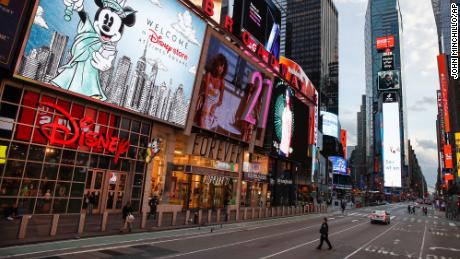 Cuomo has been blunt and at times searching, but unerringly forthright, even with unnerving information. He has been open in seeking out the equipment desperately needed by health care providers, like face masks and ventilators. Asked on Friday if the state was headed toward a cash crunch, he answered, “Yes.” When discussing his statewide order requiring workers in nonessential businesses to stay home, Cuomo acknowledged the potential for criticism.

“If someone is unhappy, if somebody wants to blame someone, or complain about someone, blame me,” he said. “There is no one else who is responsible for this decision.”

Contrast that with Trump, a fellow Queens native who also entered his father’s line of work: a week earlier, the President faced questions at a press conference over his role in the country’s failure to produce and implement functioning coronavirus tests.

His answer: “I don’t take responsibility at all.”

‘This is really what he’s built for’

The blundering and opacity in Washington has underscored some of Cuomo’s more commonly appreciated qualities, but also opened the door for the three-term governor to surprise old friends, enemies and so many others who have found themselves on both sides of the line.

“It’s pretty legendary, our fights with the governor,” said Randi Weingarten, the president of the American Federation of Teachers. “But even when we’re really, really, really mad at each other, and we have been, there’s always still a line where you can talk to each other.”

Cuomo and Weingarten go back decades. Their clashes and reconciliations have offered Weingarten a unique insight into the governor himself — how he thinks and how his actions now are being perceived by the public.

“This is really what he’s built for. He has the mind, the analytical sense and the combination of moxie and smarts and bulldoggish-ness that has made him both respected, and questioned, for all these years,” Weingarten said. “But what you’re also starting to see is great empathy and great leadership.” 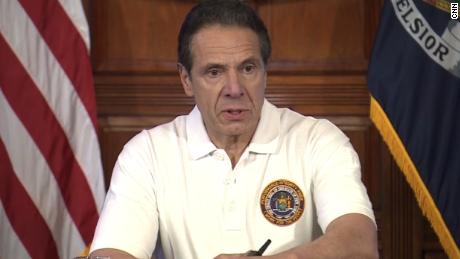 Both Smith and Fishbein acknowledged, in their respective talkers, the weirdness of the moment. Cuomo’s flashes of disdain for some progressive agenda makers — and policies — have made him a loathed figure among many on the left. The anger bubbled over in 2018, when he was faced with his most intense primary challenge yet from the actress and activist Cynthia Nixon.

He buried her bid in a slash-and-burn campaign, but progressives surged down the ballot, filling up the state legislature. Cuomo signed a raft of new legislation they delivered to his desk over the following year.

Fishbein ticked off Cuomo’s resume of offenses to the left, but ultimately landed on something more elemental.

“In this time of crisis,” she wrote, “with little concrete information available, I need Cuomo’s measured bullying, his love of circumventing the federal government, his sparring with increasingly incompetent city leadership.”

Smith landed on a similar conclusion.

“Mr. Cuomo has emerged as the executive best suited for the coronavirus crisis,” he wrote a few days earlier, “as President Trump flails and New York City Mayor Bill de Blasio wrestles haltingly with a crucial decision and then heads to the gym.”

De Blasio, the two-term mayor, has been Cuomo’s foil for years. But where in the past the divisions between them have largely centered on who — state or city — would pay for what and who — Cuomo or de Blasio — would get the credit, the questions now are more immediate and potentially life-altering.

Last Sunday, while de Blasio appeared tied up in knots over whether schools would open on Monday, Cuomo, who had also expressed some reservations, stepped forward to demand they be closed.

“I call on the parties and the leadership in New York City to come up with a plan on childcare and on food and to do it within 24 hours,” Cuomo said on a conference call. De Blasio made it official soon thereafter. But the mayor’s trip, the next morning, to his gym for a farewell workout underscored New Yorkers’ worries and puzzlement over his handling of the crisis.

Even among some of Cuomo’s harshest critics, the reviews of his public performance have been largely positive — though concerns persist over his substantial policy decisions, on issues like Medicaid and housing, and whether they will ultimately benefit the wealthy at the expense of the poor.

“In the middle of a crisis, people just want someone to look to, to tell them what the hell is going on. And I think Cuomo is providing that outlet for people,” said Jonathan Westin, director of the progressive New York Communities for Change. “I don’t necessarily think it means that he’s actually going to do what’s best for everyday New Yorkers.”

For those closer to the party establishment, and among officials who work closely with Cuomo, the swell of mostly positive attention feels overdue.

The coronavirus crisis is “a moment that Andrew Cuomo was made for,” Smith said. 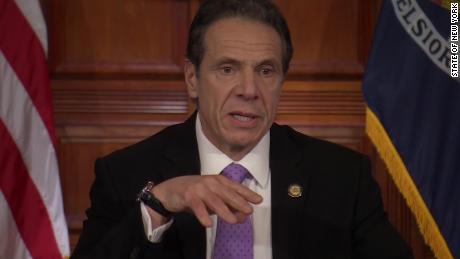 “It turns out that his signature traits — having a forceful personality, putting results and competence before ideology — are exactly what’s needed for handling a global pandemic,” she said, echoing some of the 2018 campaign’s top talking points. “He might not yell the loudest, stake out the furthest left position on the ideological spectrum, or deliver zingers on cable news, but he knows how to be an executive and how to get things done.”

Smith said her family and friends have began texting her constantly during his press conferences, which she described as must-see TV, “even for non-political junkies.”

“I knew it was becoming a ‘thing’ when I got back to New York last weekend and a total stranger used a Cuomo press briefing to break the ice as we were waiting for the elevator,” she said.

David Turner, a top operative at the Democratic Governors Association, said he has been struck by how Cuomo has used direct, basic information to convey competency, using things like PowerPoint to get his message out clearly.

Turner described Cuomo’s message as: “This is a crisis, here is how we are handling it, here is what are the knowns and here are the unknowns and we need to prepare for worst case scenario.”

“Even if they don’t agree, they appreciate it,” Turner said.

Beyond communication, though, Turner said Cuomo is demonstrating his vast knowledge of government in this time of need.

“He understands how to pull the levers of government,” Turner said. “His entire life’s work led to this moment.”

By Saturday morning, Cuomo was back on television. This time out he put a special emphasis on the “young people” who were “not fully complying” with orders to stay at home, instead flocking to New York parks:

“You shouldn’t be endangering your own,” Cuomo said. “But you certainly have no right to endanger someone else’s.”