Latest News
Home /More than 40 states are reporting an increase in Covid-19 cases and many in the Midwest are seeing record hospitalizations
The seven-day average is part of a fall surge that has brought the national case count to more than 8.8 million, according to data from Johns Hopkins University. Four of the five highest number of cases in a single day were recorded in the last seven days, with the top two reported on Friday and Saturday. And 41 states are reporting at least 10% more cases compared to the week before.

When it comes to the climbing metric, the US is “not in a good place,” director of the National Institute of Allergy and Infectious Diseases Dr. Anthony Fauci said during a virtual Q&A on Wednesday. Health experts have pushed measures against the virus to bring the baseline of infections down before colder months drove them back up. But rising records of cases and hospitalizations are making up “a bad recipe for a tough time ahead,” Fauci said.

In the Midwest, residents are being impacted by the rising cases with spiking rates of hospitalizations.

Indiana and Wisconsin reported their peak levels of coronavirus hospitalizations. And Kansas saw the most ICU hospitalizations of the virus in one day, the same day the state surpassed 1,000 deaths since the pandemic began.

“Each one of these Kansans was someone’s child, parent, or grandparent,” Gov. Laura Kelly said in a release. “They were part of a community.”

On Wednesday, 13 states reported more hospitalization records, according to the Covid Tracking Project.

Mask mandates may be a key strategy to lowering rates of hospitalization, according to the findings of a study from Vanderbilt School of Medicine.

In hospitals where more than 75% of the patients came from counties that required masks, rates of hospitalizations did not rise between July and October, while hospitals with fewer than 25% of patients from those counties saw an increase over 200%. 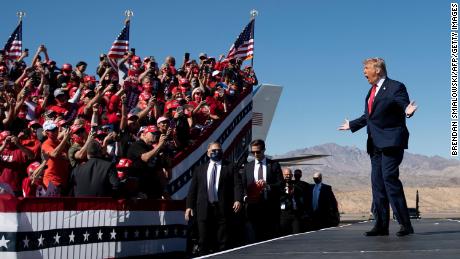 Other mitigation factors likely came into play, as areas with mask requirements are more likely to have residents who follow other mitigation strategies, the authors wrote.

“The good news is that we have learned a great deal since the beginning of the pandemic,” they said. “An important takeaway from this analysis is that areas with virus mitigation strategies … have seen lower growth in hospitalizations since the summer months; hospitals in these areas are in a much better position to serve the entire spectrum of community health needs, not just COVID-19 patients.”

As the weather continues to grow colder, Fauci said in an interview with CNBC Wednesday that he supports a national mask mandate.

“We’re going to have many more hospitalizations and that will inevitably lead to more deaths. So, this is an untenable situation. That’s the reason why I say we have got to do these things,” Fauci said.

While he is in support of a mask mandate, Fauci said he doesn’t think it will happen nationally “because it might not come from the White House to do it.”

Many state leaders are putting measures in place to bring rising hospitalization rates under control.

Smaller hospitals in North Carolina are beginning to feel “a little bit of the pinch” as hospitalizations creep up in the state, said Gov. Roy Cooper, who added that officials are concerned about the rise.

“We too often let our guard down when we are with people we know and trust. But knowing and trusting doesn’t stop the virus,” Cooper said. 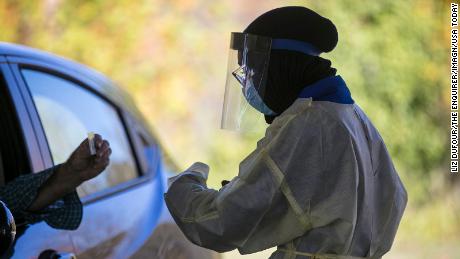 Meanwhile, hospitalizations in Tennessee are rising at “an alarming rate right now, with records set every day,” Dr. Wendy Long, president and CEO of the Tennessee Hospital Association, said during a news briefing.

Hospitals “are doing all that they can do to increase capacity, but their ability to do that is not limitless,” said Long. “That is especially true as we see more and more health care providers who are becoming ill from the virus and having to quarantine at home.”

‘We don’t know’ when vaccine will be available

Vaccines in trials have caused both controversy and hope for getting the virus under control, but Fauci said one might not be available until January or later.

“We want to see good enough safety data and even prolonged efficacy data,” Fauci said during the Q&A. “Could be January, could be later. We don’t know.” 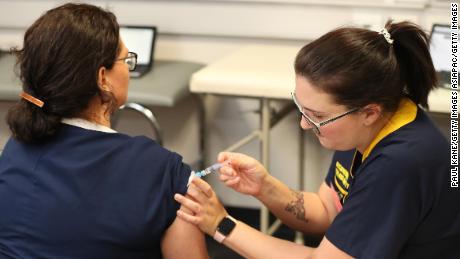 Dozens of companies are working on a vaccine and five of them are now in Phase 3 trials, he said. Officials have already been discussing how to distribute one if it were to be approved.

Leaving distribution up to the states could lead to confusion and chaos, a former Health and Human Services secretary said Wednesday.

“The state-by-state approach is, you know, to put a fine point on it, is pretty nuts as far as I’m concerned,” former HHS secretary Kathleen Sebelius said during a live panel from the Aspen Institute.

“It leaves a … high possibility of very inequitable distribution and kind of chaotic transportation to get to sites where you vaccinate,” said Sebelius, who served under President Barack Obama.