Latest News
Home /Orange County, California shooting – Suspect Aminadab Gaxiola Gonzalez charged with multiple counts of murder
ORANGE, Calif. (KABC) — The suspect in a mass shooting at a business park in Orange, in which a 9-year-old boy and three other adults were killed, has been charged with murder, prosecutors announced Friday.

Gonzalez has also been charged with several felony enhancements, including premeditation and personal discharge of a firearm causing great bodily injury. Prosecutors are also alleging the special circumstance of multiple murders, which makes him eligible for the death penalty if convicted.

On Wednesday, authorities received five 911 calls reporting gunshots, and officers were on the scene within 2 minutes, Orange police Lt. Jennifer Amat said. Gunfire could be heard as officers arrived and the suspect fired at them, Amat said. Two officers fired back from behind the fence until the “bicycle-type cable” locks that the suspect had placed on the gates from the inside could be removed with bolt cutters.

Gonzalez was wounded and remained hospitalized in stable but critical condition on Friday. It was unclear whether he suffered a self-inflicted wound or was shot by police.

Police have said that the shooting was not “a random act of violence” and that Gonzalez knew all the victims either through a business or personal relationship.

Authorities had withheld the victim’s identities for a few days, but on Friday, the Orange Police Department released the names of three of the four people killed. Those deceased include Jenevieve Raygoza, 28, Luis Tovar, 50, and 9-year-old Matthew Farias, who was found cradled in the arms of a woman believed to be his mother.

The 9-year-old boy’s mother Ismeralda Tamayo is believed to be the lone survivor of the shooting. She remains in the hospital in critical condition.

At an afternoon news conference, authorities released a photo taken from surveillance video that investigators said showed the armed and masked gunman during the shooting rampage. He is seen carrying an apparent firearm and backpack in the image. 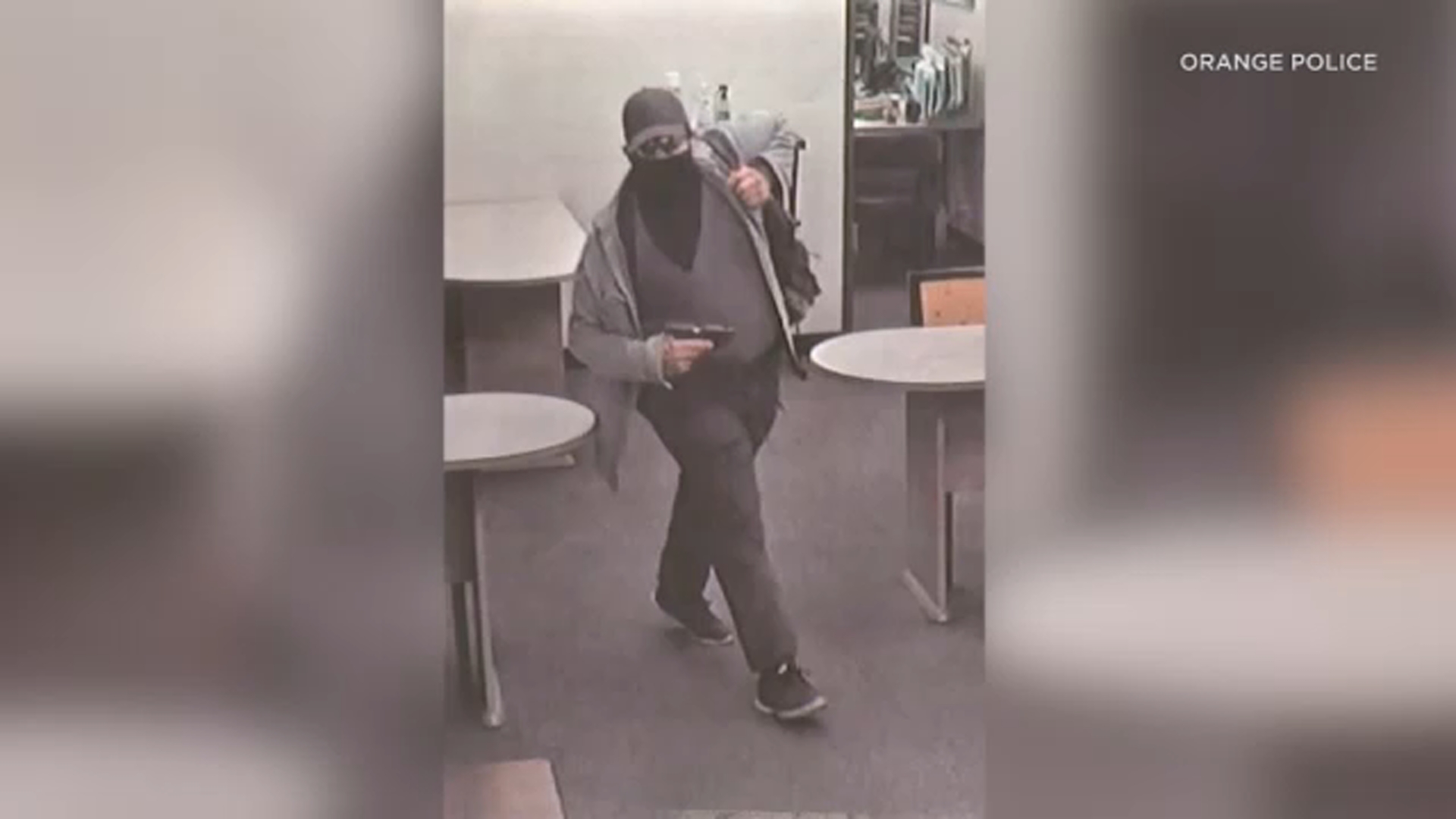 Authorities say the business associated with the victims is Unified Homes, which is described on its website as “a full-service manufactured home dealer and real estate company which specializes in Orange County.”

Although investigators say the shooting was not random, a motive remains unclear.

Orange police say it was that city’s deadliest shooting since 1997.

In December of that year, a 43-year-old former Caltrans worker who had been fired shot and killed four of his former coworkers at a state maintenance yard and then was killed by police in a gun battle.

“Orange is a very safe city,” Amat said. “We don’t have stuff like this that happens very often.”

The Associated Press contributed to this report.