“Russia proposes to extend the New START Treaty by one year and is ready, together with the United States, to make a political commitment to ‘freeze’ the number of nuclear warheads held by the parties for this period,” the statement said.

“This can be implemented strictly and exclusively if there is understanding that the ‘freezing’ of warheads will not be accompanied by any additional demands from the United States,” it said, in reference to the US’ rejection of Russian President Vladimir Putin’s offer last week to extend the deal for a year without any preconditions.

On Tuesday, US State Department spokesperson Morgan Ortagus said: “We appreciate the Russian Federation’s willingness to make progress on the issue of nuclear arms control.”

“The United States is prepared to meet immediately to finalize a verifiable agreement. We expect Russia to empower its diplomats to do the same,” Ortagus added in a statement.

The landmark New Strategic Arms Reduction Treaty, set to expire on February 5, is the last treaty between the US and Russia placing limits on the growth of the world’s two largest nuclear arsenals since the US formally withdrew from the Intermediate Range Nuclear Forces treaty in August 2019.

The US has previously offered Russia an option to sign a presidential memorandum that would serve as a blueprint for the next comprehensive deal and that would address points of concern for the US, including China’s nuclear potential and Russia’s tactical nuclear weapons. China refused to partake in any discussions.

In August, Russian Foreign Minister Sergey Lavrov said that Russia respected that stance and that he refused to “persuade” China to sit down at the negotiation table. Russia has now also rejected a number of US proposals to get it to agree to a series of additional commitments in order to renew the deal.

US President Donald Trump has been urging his national security team to secure a nuclear deal with Russia before the November election, sources familiar with the efforts told CNN.

Trump’s arms control envoy Marshall Billingslea previously told Russian newspaper Kommersant that if Russia doesn’t agree to the deal before the election, the “entrance fee will rise,” suggesting that the US would demand additional requirements to keep the deal alive or move forward without any treaty at all.

Initially, Russia dismissed the idea to make any concessions to fit that time frame.

Last week, Russian Deputy Foreign Minister Sergey Rybakov said that Russia will not make any agreement with the US on strategic offensive arms “timed to coincide with their elections.”

“If the Americans need to report to their superiors about something they’ve allegedly reached an agreement on with the Russian Federation before their elections, then they will not get it,” he said. 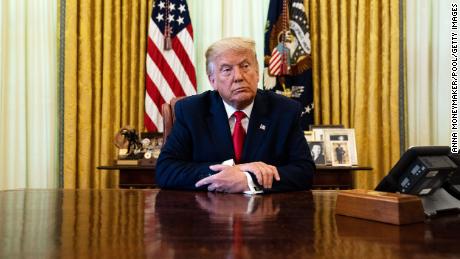 Earlier this month, Putin indicated that he would be willing to work with Former Vice President Joe Biden on extending the deal if he won the presidential election, saying that he sees strategic treaties as “one of the potential points for cooperation.”

“Candidate Biden has publicly said that he is ready to extend New START or to conclude a new treaty on the limitation of strategic offensive arms,” Putin said on October 7. “And this is already a very serious element of our possible cooperation in the future.”

On Friday, in a meeting with his advisers, Putin had proposed to extend the nuclear arms reduction treaty for a year without preconditions.

That proposal was swiftly rejected by the US with White House national security adviser Robert O’Brien calling the offer a “non-starter.”

“President Putin’s response to extend New START without freezing nuclear warheads is a non-starter,” he said.

He threatened a “costly” arms race if Russia did not come back to the table with a better proposal: “The United States is serious about arms control that will keep the entire world safe. We hope that Russia will reevaluate its position before a costly arms race ensues.”

The top US negotiator Billingslea suggested in a tweet later Friday that talks between the two countries were over.

“The United States made every effort. It is disappointing that the Russian Federation backtracked on an agreement covering all nuclear warheads for the first time. This would have been an historic deal, good for the U.S., Russia, and the world,” he wrote.

CNN’s Kara Fox and Jennifer Hansler contributed to this report.