But with the polls showing that Democratic rival Joe Biden is leading in the race, the stakes become much higher for Trump if he loses the election. A raft of legal issues, including a criminal investigation by New York prosecutors, will come into focus in the weeks after Election Day.

“In every regard, his leaving office makes it easier for prosecutors and plaintiffs in civil cases to pursue their cases against him,” said Harry Sandick, a former federal prosecutor in the Manhattan US attorney’s office. “For example, he is claiming a higher protection from subpoenas in the criminal cases and also in the congressional subpoena cases, [and that] is based largely on the fact that he is President.”

Some have suggested a formal apparatus for investigating Trump after he leaves office. Rep. Eric Swalwell, a California Democrat, has floated the creation of a “Presidential Crimes Commission,” made up of independent prosecutors who can examine “those who enabled a corrupt president,” as he put it in an August tweet. “Example 1: Sabotaging the mail to win an election.” 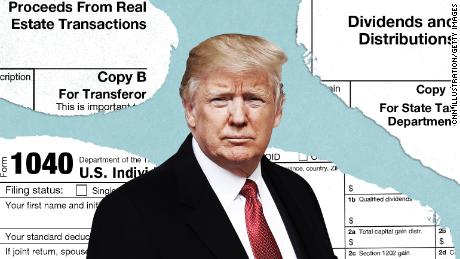 The most serious legal threat facing Trump is the Manhattan district attorney’s broad criminal investigation into the financial workings of the Trump Organization. Prosecutors have suggested in court filings that the investigation could examine whether the President and his company engaged in bank fraud, insurance fraud, criminal tax fraud and falsification of business records.

In the course of that probe, Trump has challenged a subpoena to his accounting firm for eight years of tax returns and financial records. Five courts have ruled the subpoena is valid, and last week Trump faced the latest setback when a federal appellate court denied his appeal, ruling that the grand jury subpoena was not overly broad or issued in bad faith. On Tuesday, Trump’s lawyers asked the Supreme Court to block the enforcement of the subpoena to allow it time to appeal to the court. Trump already lost an appeal to the highest court in July, when it ruled that the president is not immune from a state grand jury subpoena.

New York prosecutors have said the tax records, working papers and documentation around business transactions are crucial to their investigation, which has been underway for more than a year.

There are legal questions as to whether a state prosecutor could file charges against a sitting president.

“He’s so powerful right now. They know that they can’t indict him right now so there is an incentive to build their case and get ready. I think what happens if he loses and leaves office that things will move very quickly,” said Jennifer Rodgers, a CNN legal analyst and former federal prosecutor.

Playing fast and loose with value of company assets

The New York attorney general is also proceeding with a separate civil investigation into the Trump Organization and whether it improperly inflated the value of certain assets in some instances and lowered them in others, in an effort to secure loans and obtain economic and tax benefits.

Investigators are looking into the tax breaks taken at the Trump Seven Springs property in Bedford, New York, and the Trump National Golf Club in Los Angeles. They are also investigating the valuation of a Trump office tower on Wall Street and the forgiveness of a more than $100 million loan on the Trump International Hotel and Tower in Chicago.

Lawyers for the Trump Organization have said in court documents that they believe New York Attorney General Letitia James is politically motivated, and they initially tried to push off Eric Trump’s deposition until after Election Day, but a judge rejected that request. The state lawyers, who have said they are not coordinating with any criminal law enforcement agency, said their investigation is civil in nature. But they could make a criminal referral if they believe there is enough evidence.

“With a big-time executive, when they do these multiple or hundreds of millions of dollar transactions, they’re always advised by lawyers and accountants,” said Dan Alonso, a former prosecutor with the Manhattan district attorney’s office. “There are a lot of layers between messing up the tax treatment and criminal liability on the part of the President, that’s a big leap.”

Opening the floodgates to lawsuits

If Trump is not reelected, he will lose the deference that courts have given to sitting presidents, opening the floodgates for many lawsuits.

The state attorneys general of Washington, DC, and Maryland sued the President in 2017, alleging he corruptly profited off his position by placing his financial interests above those of American citizens.

The state investigators prepared more than 30 subpoenas, including to the Trump Organization, and others relating to the Trump businesses. Trump sued to block the lawsuit, which alleges he violated the emoluments clause of the Constitution by virtue of the hundreds of thousands of dollars that foreign governments and others have spent at his properties. Trump has appealed the ruling to the Supreme Court, which has not yet decided whether to hear the case. A second emoluments lawsuit brought by hotel and restaurant operators in New York is also pending. 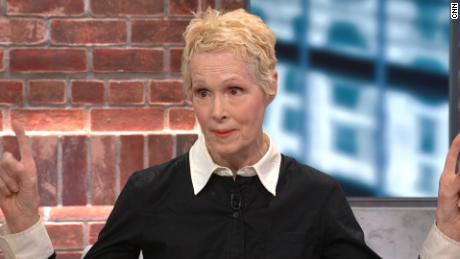 In August, after a state court judge denied Trump’s effort to delay a defamation lawsuit, the President deployed the Department of Justice to attempt to insert itself in the nearly yearlong litigation. The Justice Department asked a federal judge to substitute itself in place of Trump in a defamation lawsuit brought by Carroll, a onetime Elle magazine advice columnist, who accused the President of raping her in a department store dressing room in the mid-1990s. Trump has denied the allegation.

The move, if granted, could effectively kill the lawsuit, which has been winding through the courts since last November, because the Justice Department cannot be sued for defamation. A judge has scheduled a hearing in the case for Wednesday. Carroll has indicated she is seeking to depose the President under oath and to compare with a sample of male genetic material she says is on the dress she wore the day of the alleged rape.

Other lawsuits have also been on hold by virtue of Trump’s status as President.

Another case awaiting decision is a defamation lawsuit filed in New York state court by a former contestant on “The Apprentice,” Summer Zervos, who claims Trump sexually assaulted her in 2007. Zervos has said Trump kissed her on the lips during a lunch meeting in his New York City office and has alleged he kissed her aggressively and touched her breast during another encounter in Beverly Hills. She sued after she received harassment and threats following his denial of her claims, according to court filings.

After a New York state court judge denied Trump’s effort to dismiss Zervos’ lawsuit, the President appealed the ruling, arguing that the Constitution’s Supremacy Clause bars a state court from hearing an action against a sitting president. The Zervos case is now awaiting a ruling by the New York state Court of Appeals on the question of whether the state courts have jurisdiction over him while he occupies the White House. 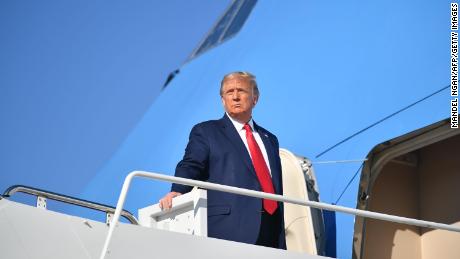 The president’s niece, Mary Trump, is also suing Trump, his sister and the estate of their deceased brother for fraud, alleging they deprived her of her interests in the family real estate empire built by Fred Trump Sr.

In these civil cases, where in some instances Trump has sought to avoid testifying or providing DNA evidence, Sandick said Trump will lose the ability to argue he is afforded certain protections by the White House if he ends up exiting the Oval Office. “If he’s not President, all of that goes away.”

One wild card is what would happen to a decade-long civil tax audit conducted by the IRS, which falls under the Treasury Department, and whether it could be escalated under a Biden administration to the Justice Department for review. According to The New York Times, the IRS is looking at a $72.9 million tax refund credit Trump claimed.

Lawyers say a less obvious factor that could change if Biden wins is the sway Trump has held over accountants, bankers and those in his inner circle who could be crucial witnesses to authorities.

“They’re going to be much less afraid to talk about someone who is no longer the president,” Rodgers said. She added that a case involving allegations of false statements to banks or tax fraud would likely be heavily documented, which, once the subpoena for the tax returns is produced, could aid the investigation.

Of course, if Trump is reelected, it is possible he may be able to run out the statute of limitations, which for some crimes in New York state law is five to six years; push these lawsuits out another four years; or simply continue to enjoy the benefit of the Department of Justice’s Office of Legal Counsel opinion that says a sitting president can’t be indicted.

The Office of Legal Counsel memo has already insulated Trump from possible indictment in two instances: the special counsel investigation led by Robert Mueller, which found evidence that Trump had committed obstruction of justice but didn’t charge him, and the investigation by the US Attorney’s Office for the Southern District of New York, which cited Trump as “Individual 1” in charging his former lawyer Michael Cohen with campaign finance crimes for facilitating hush-money payments to two women who alleged affairs with Trump. Trump has denied the affairs. Cohen pleaded guilty and said under oath that Trump had directed him to break the law. Cohen was reimbursed for those payments from the Trump Organization well into 2017, which could extend the statute of limitations on that crime into 2022. Some lawyers have speculated that it’s possible Trump would attempt to pardon himself from federal crimes before he leaves office.

The decision of whether to revive those investigations would fall to a Biden administration and top law enforcement officials leading the Justice Department and Manhattan US attorney’s office.

In testimony before Congress, Mueller was asked by Republican Rep. Ken Buck of Colorado, “Could you charge the President with a crime after he left office?”

“You believe that he committed — you could charge the President of the United States with obstruction of justice after he left office?” Buck asked.