“What this work shows is that masculinity is not just an ideology that men strive to achieve. It’s something we value as a culture,” said lead author Theresa Vescio, a professor of psychology and women’s, gender and sexuality studies at Pennsylvania State University.

About half of seven studies, published Monday in the Proceedings of the National Academy of Sciences of the United States of America, found acceptance of a dominant male hierarchy predicted a positive evaluation of Trump over and above any sexist, racist or homophobic attitudes a voter might have.

“This is an interesting study, and the results are relatively convincing with respect to the idea that ‘hegemonic masculinity’ predicts voting and candidate attitudes even after controlling for other variables that we might expect to predict political behavior,” said Christopher Federico, a professor of political science and psychology at the University of Minnesota, who was not involved in the studies, via email. 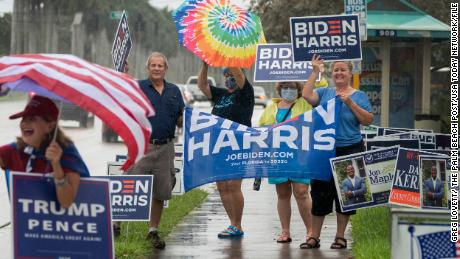 The results are only observational and cannot show a direct cause and effect, but are in line with prior research that had found “valuing dominance” and placing a “low value on cooperation” were predictive of support for Trump, said Federico, who is also the director of the Center for the Study of Political Psychology at the university.

Researchers queried over 2,000 people in seven separate studies over two election periods. Six of the studies were conducted by Vescio and her colleage in the days and months after Trump won his battle for the presidency over Democratic nominee Hillary Clinton in 2016. The seventh study was conducted 50 days before the November 2020 election, in which Trump was defeated by former US Vice President Joseph Biden.

Participants were recruited from Pennsylvania State University’s student pool as well as two crowdsourcing applications. Students were given partial class credit while the other participants were paid $0.50 or 9.66 an hour.

While a male dominant preference was predictive of support for Trump, “prejudiced attitudes were more consistent predictors of voting,” the study found. “Additional research is needed to fully understand the outcomes predicted by (hegemonic masculinity) versus open prejudice,” the study said. 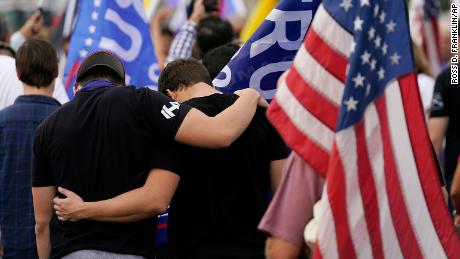 Matthew Feinberg, an associate professor of organizational behavior at the Rotman School of Management at the University of Toronto, took issue with the fact that the data was collected after Trump’s win over Clinton in 2016.

“It may be that people’s attitudes, especially about masculinity, were shaped by Trump becoming president,” Feinberg said via email. “Many people held their nose and voted for him in 2016, choosing to vote for their preferred party in spite of Trump’s behavior and his representation of hegemonic masculinity.

“However, processes such as cognitive dissonance dictate that people often reconcile their attitudes with behaviors they’ve engaged in,” Feinberg continued. “If so, people whose attitudes about Trump and his endorsement of hegemonic masculinity might have come to convince themselves that they too hold attitudes more in line with Trump.”

Vescio pointed to the 2020 study that had examined attitudes prior to the election, and said that cognitive dissonance does not explain the data she found.

“We can’t completely rule it out. But the data aren’t quite consistent with that because even when we control for Republican and Democrat we get the effects over and above that,” she said. 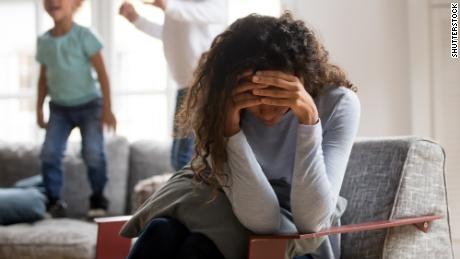 Having a precarious masculine identity has traditionally been seen as a key reason why men might want to align themselves with Trump, but it failed to explain his support among women and some minorities, the study said.

“The underlying idea is that masculinity is more fragile than femininity, and constantly needs to be publicly earned and maintained. Men who feel (or who have been led to feel) that their status as men is insufficient tend to support Trump more,” Federico said.

“One reason is that Trump — at least in the persona he publicly performs — exudes an exaggerated dominant masculinity. Supporting him may thus be a way of borrowing that ethos or displaying that one is masculine by supporting a ‘masculine’ proxy,” he said.

There are also studies that have found that PMI is associated with other “attitudes of an aggressive nature, like support for the gun culture and militarism,” Federico said, as well as with “greater sexism and opposition to equality.”

“To the extent Trump is seen as being supportive of these positions, people may indirectly end up supporting Trump more because he is thought to endorse them,” he added.

However, the fact that the new study found PMI to be less predictive than a preference for a hegemonic masculinity makes sense across both sexes, Federico explained.